It started when I bought a ukulele at Larmer Tree Festival in 2014 – for my youngest not me .. honest! In my teenage years I went through the grades. Got my grade 5 definitely, did I pass grade 6? I cannot remember. Going out with your mates and drinking beer had become more enjoyable. In fact, I had fallen out of love with the piano. My Dad wanted me to learn how to improvise, play jazz and “boogie woogie”. He was right, that was the way to go, but I had no clue. Years of being classically taught, I could not play piano without sheet music in front of me.  Besides, I had become a heavy metal fan.

My brother learnt the sax and was taught pop, jazz rather than classical pieces. He could play by ear, he could improvise, he could pick up a guitar and strum some chords and sound good. He  joined a band, and then another and then another before eventually my parents said it was a University or bust. Off he went to study while two of his band mates went on to make a packet out of having one of their songs feature in a global advertising campaign for well known car manufacturer. Guess I envied the exploits of my younger brother, but never thought it possible I could enjoy music in the way he did. Regrets .. I have a few .. so the tune goes.

Roll on 20 years (give or take a few), I began to dabble with the piano again. Still could not improvise, could play from sheet music but to grade 3 standard at best. Tried the guitar .. that went well until I got to barre chords. Jeez .. forget it. And then fate drew me to a musical instrument stall at Larmer Tree. They were selling off lots of different shaped ukuleles. I bought one that looked like a electric Les Paul ‘cos’ surely every rock ‘n’ roll kid should have one of those! Well suffice to say, returning home my son didn’t get a look in. My previous scratching around on a guitar stood in me in good stead. I mastered the basics and was encouraged by the progress made. Needing a further push, some internet research led me into the arms of Reading Ukulele Group (RUG). My mid life ukulele crisis had well and truly established itself!

Two years after joining RUG, my confidence I had grown. RUG played gigs occasionally and I took the lead in singing some of the songs. I also sang with the Oxford Ukuleles at Wood Festival. And then a chance conversation with my now bass player – Rick Sinfield – at a neighbour’s garden party, took my journey down a new path. I asked him what he had been keeping him busy. He said he been writing a song. Wow, I cried, how do you even make a start on such a thing? You just need to find a topic to write about, that and a few chords he replied nonchalantly. How hard can it be – yeah right. Nevertheless, I was determined to give it a go. RUG met at a pub called the Retreat, a quirky place which from the outside looked like the rest of the terrace houses on St John’s Street. (Street, retreat .. see the words rhyme .. easy!) I wrote a song called the “The Retreat” and pretty much nicked the chorus from Andy William’s “Music to Watch the Girls Go By”. I tried to persuade RUG to add this sure fire hit to their repertoire. They all said nice things but they were not sold on the idea. It did not matter. The epiphany was I could write a melody, verses, a chorus, even a middle eight – a song, yes a song. And not just one. I had other tunes in my head that did not require me to piggy back (at least not knowingly) off the work of other artists. Shortly thereafter followed “Flying Man”, “Shy Love Serenade”, “Cup Half Full”.

But how to give a public airing to this new found talent I hear you mock? Well, I was not brave enough to perform solo, and besides I always wanted to be in a band, right? Thus, I recruited Joan Farnese from RUG to help me. We spent several sessions working out harmonies and then booked ourselves into an open mic. Still remember it. Calm exterior hid dreadful nerves despite the relaxed atmosphere and a small friendly crowd of musicians who did nothing but encourage these newbies. But we did it, in fact, to our surprise we impressed. The bug had bitten, the seed of Dandy Man was sown.

“He drives the wife crazy with that incessant strum. But take it from me, the words he sings, are filled with poignancy” 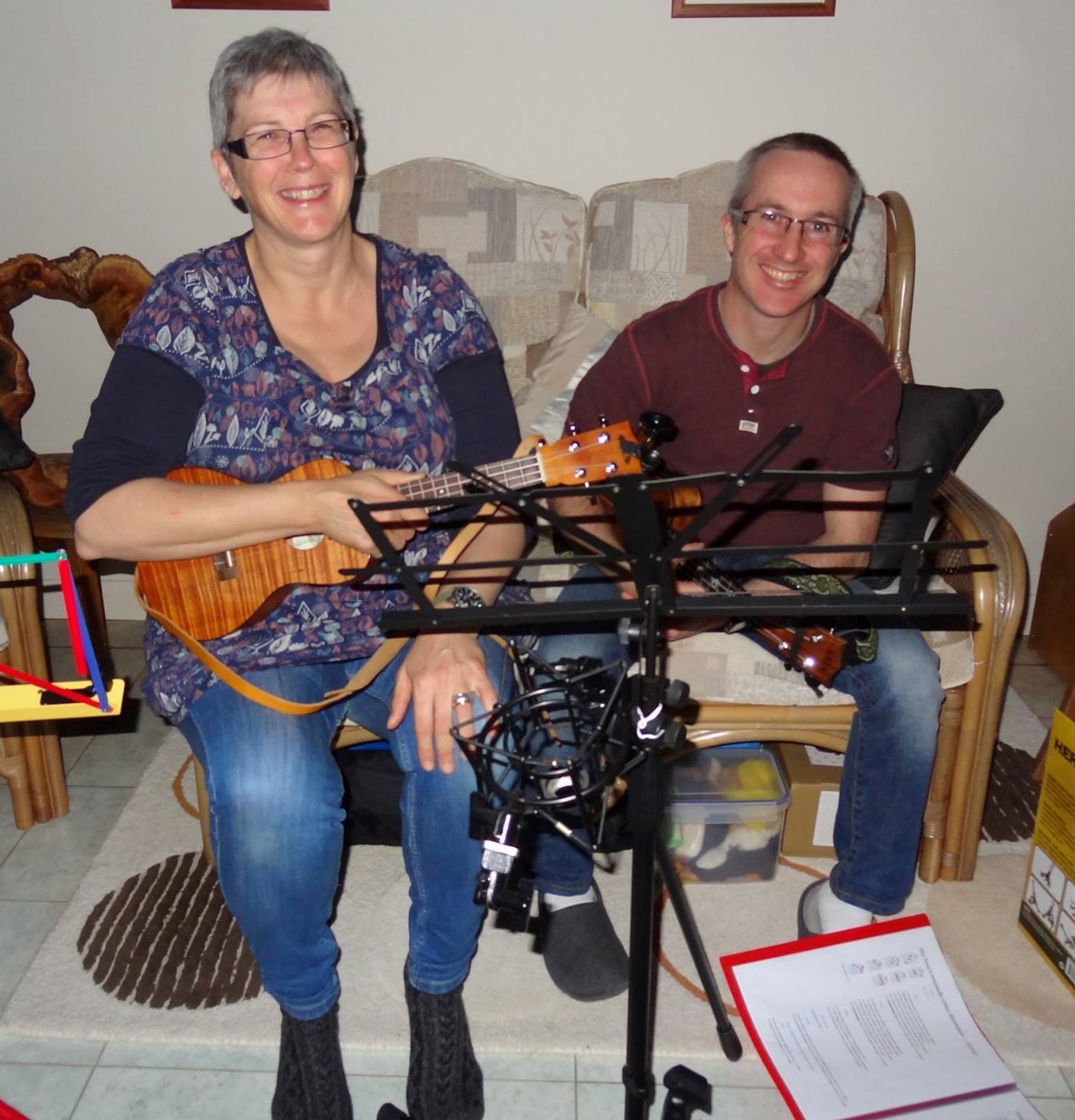